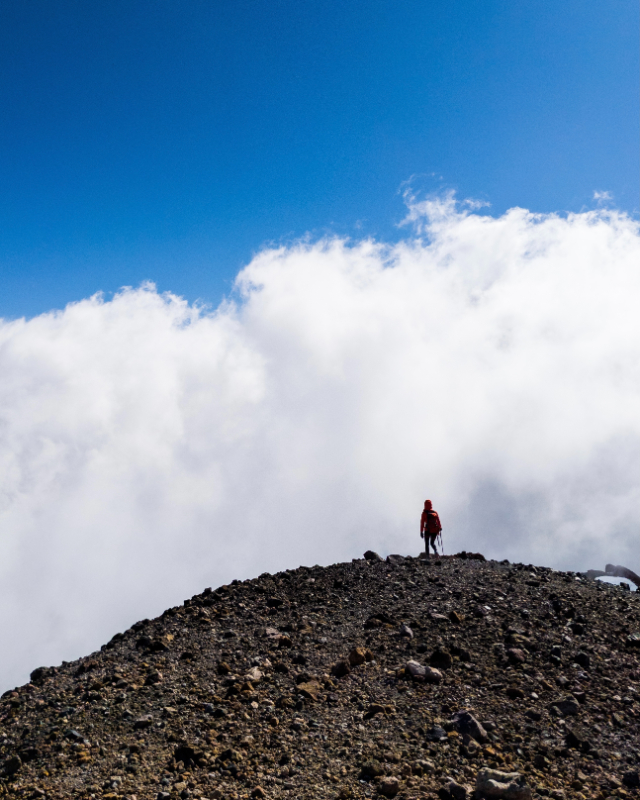 Ready to climb a VOLCANO?

Here’s everything you need to know to hike up California’s 5th highest peak, Mount Shasta!

This was my third winter mountaineering peak… and the one I learned the most from. To start with, I went in mid-April on an extremely dry year. The original plan was to ski down the volcano (which I learned just two weeks before), but that didn’t happen. I thought Mt. Shasta was going to be a piece of cake honestly… and physically, it wasn’t very challenging. It’s a lot of elevation gain but if you pace yourself slowly, it’s not bad. However mentally… something went very wrong for me. I freaked out when I probably shouldn’t have which slowed me and my group down tremendously.

Avalanche Gulch is the most popular and easily-accessible trail to reach the summit of Mount Shasta 14,179 ft. Here’s everything you need to know to reach the top of this volcano including permits, gear, and route info. 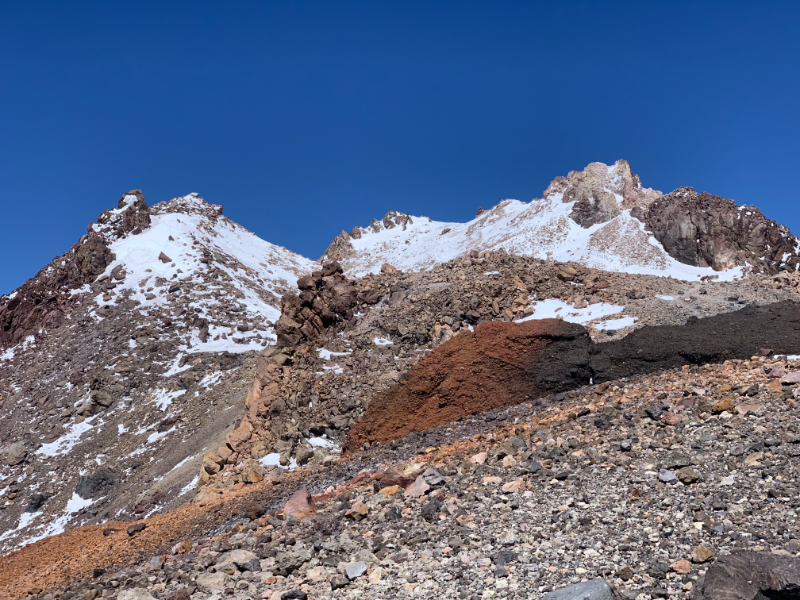 You will need TWO permits to get to the top of Mount Shasta:

Wilderness permits and Summit Passes are both available at the trailheads that are open, or you can pick them up before at the Ranger station in Mt. Shasta or McCloud during business hours. There is currently no quota for the permits, just make sure you get it! 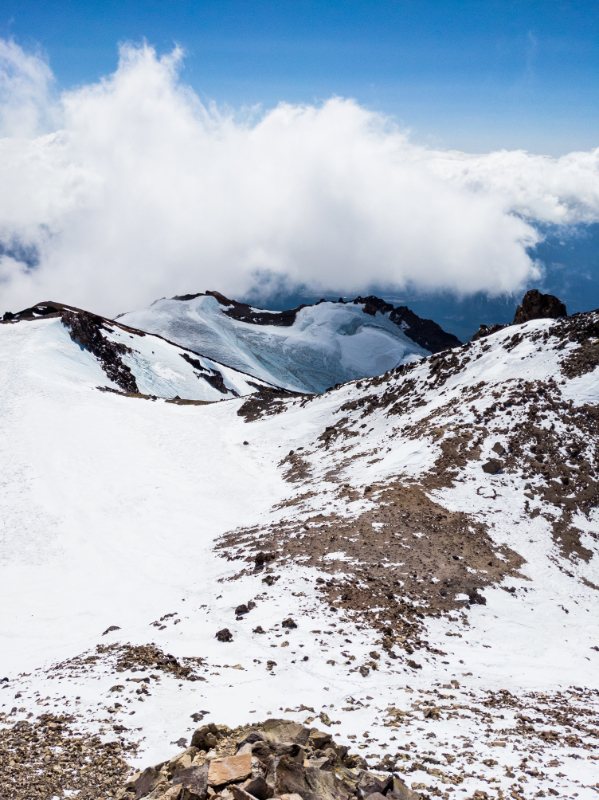 GEAR required to climb ALL routes on Mount Shasta

See my full gear list for this climb at the end of this blog. 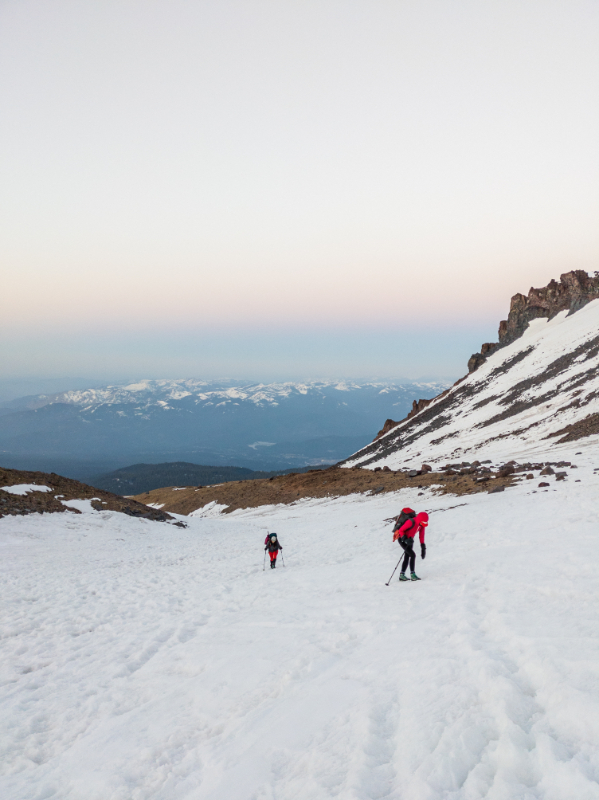 We got our permits at the parking lot before starting our climb. It was a chilly morning of 23° when we started at the Bunny Flat Trailhead at 4 am. The beginning part/ approach of the climb was fairly easy. There is no paved hiking trail to the top, but it’s easy cross-country routes.

We hiked in our boots and a trekking pole in darkness until the first break of light at 5:50 am, and sunrise followed shortly at 6:30 am. It was cold. It dropped to 21° (& probably lower, I stopped checking) and I was freezing cold. It was a high of mid-60s with low winds but the sun didn’t hit us until shortly after 9 am and we had a 30 min snack break at 8:10 am to also stop and get our crampons and helmet on.

“The Heart” area is the steepest and most challenging section of the climb, the section between Lake Helen and the top of the Red Banks.

Heading up the gully started off very well for me. We were moving at a slow but steady pace in our crampons.

About 60-70% of the way up though… I got in my head. I don’t know what happened to me. My fear of heights kicked in full force and I was too scared of every step I took. We started early but the little snow that was on the mountain was starting to melt around this point at 11 am… and as the firm snow turned into slush, I felt hesitant and lacked confidence with every step… so much that my mentor/ friend had to walk directly behind me because I had a fear of sliding down the mountain. There were no flat areas to stop and put on my harness to rope up so I had to keep going… or turn back around. Eventually, we came to a rock in the uphill distance that I was able to rope up to Chris for the final few feet. I’ve come to the realization that I move a ton faster when I’m attached to the rope – I can focus on my steps and move forward efficiently as opposed to the fear of falling. Extremely grateful for my patient and supportive friends.

I didn’t want to turn around. I was honestly even scared to turn around. This section, shamingly, took me 2:25 hrs to get up. I’ve never moved so slow on a mountain before & I’ve never been so scared of a slope before, gradual as it may be. But I’ve learned a lot from this and have moved efficiently on every mountain since then 🙂

At the top of Misery Hill (13,800 ft), the route flattens out and you can see the Whitney Glacier on your left along and even some fumaroles nearby if you look closely enough.

Hiking up this wasn’t actually the miserable part, however – Upon reaching the top, the miserable part was seeing a whole other (small) mountain we had to climb… that was the summit of Mount Shasta. I was so miserable that it was so far that I wanted to just stop here… but I didn’t go through everything to just give up.

I took a minute to pout and let it sink in… but the last section was actually quick and easy. Within 30 mins and a short climb later, we were standing on top of California’s 5th highest peak, my 3rd CA 14er, and my 3rd winter mountaineering peak – Mount Shasta 14,179 ft, at 3:20 pm.

After soaking up the summit all to ourselves for a bit, we headed down at 3:50 pm and got back to the car at 9:20 pm. It’s been a while since I got to catch sunrise and sunset on the same day hike… but it was totally worth it! Hiking down “the heart” section was really hard on the knees and I also chose to start off being roped in from the top of the red bank since the first few steps going downhill on snow always terrify me. Rest assured, this is just for my own sense of security… Courtney did just fine with no ropes so it’s personal preference depending on conditions. 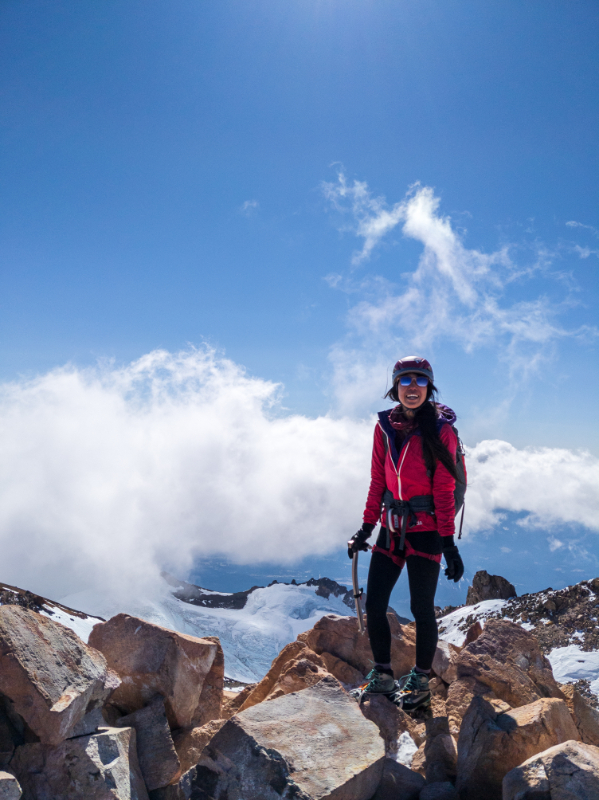 Mountaineering is very much a mental game, not a physical one. You can always train the body. You can always get stronger. But finding the will to push through your fears is not something that comes easy.

As much as I hate the chilly alpine starts… there’s a reason for it. I think I started getting into my head because as the sun heated up the snow and slowly melted it to slush, it became less firm/ stable and the fear of sliding down the mountain (even for just a foot or two) scared the living bejeesus out of me. Ever since this trip, I stopped fighting the alpine starts and just accepted it’s for my own good. 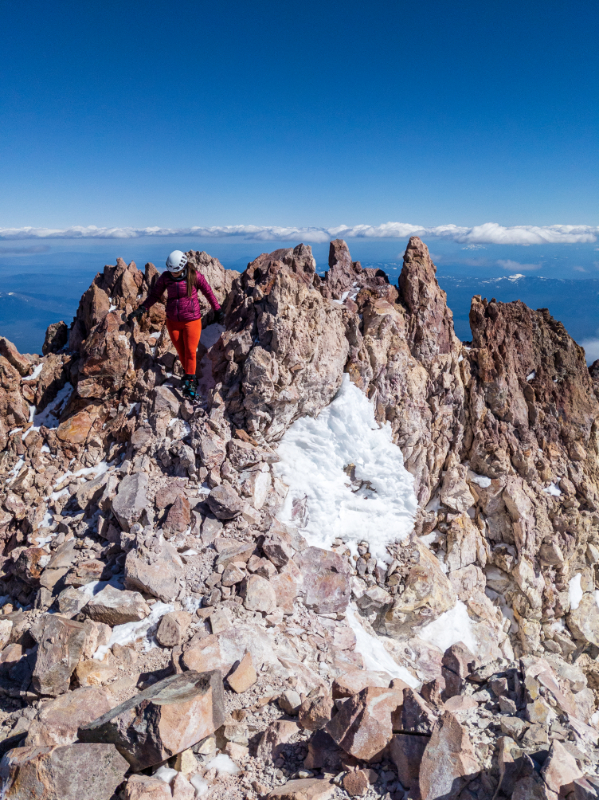 Other Winter Mountaineering Trips You May Be Interested In: