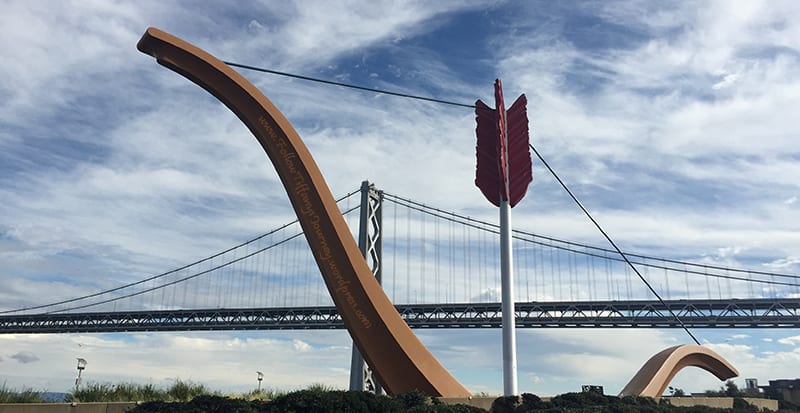 I stayed with my sister at her friend’s penthouse around downtown/ Embarcadero area.  It had a nice view of the Bay Bridge.

We started the day walking to Cupid’s Span which was only a couple blocks away.

Then we took the bus and walked the rest of the way to lunch at Wood House (Fillmore location)… this was quite the trek over!  I hate the bus, I’d much rather walk or cab it, but for some reason, the bus seemed like a good option at the time.  It was Steph’s friend’s (Jenny) first time on the bus ever and you could totally see the disgusted look on her face haha.  Lunch itself was a bit disappointing.  I’ve been craving a lobster roll and yelp pulled up a lot of reviews for this place, but I guess I’m used to my lobster with butter and not mayo.

We caught a cab to Union Square next.  It was a super fast and short ride.  We really just went to take a picture with the heart, the tree, and shopped on our way out to our next destination — Chinatown for boba!  I bought a peppermint bark from Williams Sonoma that was so yummy… the only thing that would have made it better is if it was dark chocolate instead of semisweet chocolate.  I have to admit though, they got me at the door with their free samples.

We walked all through Chinatown and picked up an egg tart from a place our friend recommended.  She said it is only good when they are fresh, and luckily, Jenny spoke to them in Cantonese and was able to get some fresh ones right out of the oven… it was hot and delicious… melts in your mouth!  The Golden Gate Bakery was closed so we did not get to try it but passed it on the way.  I’m not a fan of egg tarts, but I really like the Portuguese egg tarts from Lillian Bakery in Shanghai.  The one I tried here was the Hong Kong style egg tart, I believe.

Well, we finally made it to our boba destination — Cool Tea Bar.  For those of you that does not personally know me, I am a big boba lover… almost an addict.  The boba (tapioca balls) itself was good here, but I didn’t like the milk tea at all, and that is very important to me… so I would not go back.  They have a Ten Ren in SF though, so I’ll probably get that next time.  Can’t go wrong with Ten Ren.  My friend took me to Purple Kow the day before, and it was ok too.  The boba was good, pudding was good, but again… the milk tea was too sweet even with less sugar.

I took the BART by myself the next morning to get to the airport… man, I almost had a panic attack cause I thought I got on the wrong one.  I flew Virgin America again and we boarded on-time, but then the plane circled around the ground for an hour or so and a technician finally came to check on the side panels outside.  I can’t say I’ve had a good experience flying with Virgin America, but it is a nice plane.  So props for that.

Of course, the first thing I did when I came home was visit my baby: 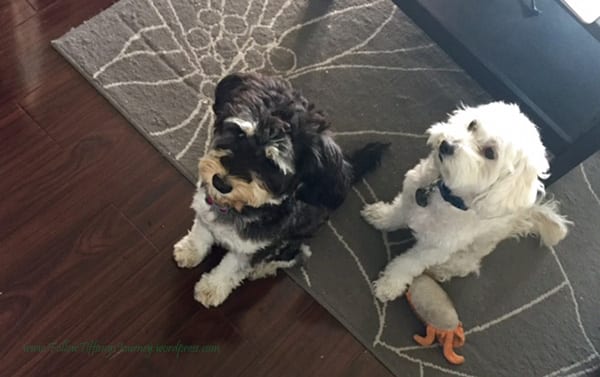 Nothing like some fresh mountain air to help gain

Advice from a hot spring💦 Let your talents spri

It’s that time of the year... Havasupai permits

It’s amazing how seasons can transform a place a

Still in awe of this place... too soon to plan a t

Happiness is enjoying the little things in life...